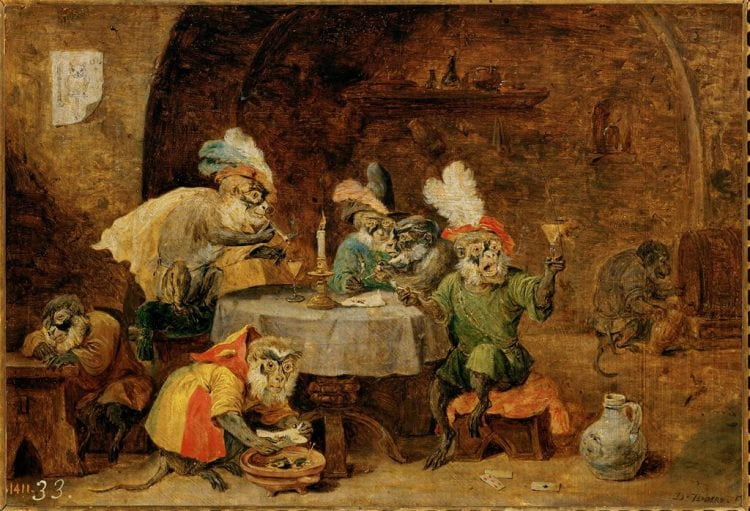 Art appreciation is something that has eluded me for years. I’ve always been rather technically minded, so painting is limited to drywall, and playing music to mp3’s. Bartending could be considered an art, to some, but I think flavour if raised in a family that experiences a wide range of cuisines, is something we learn. Without this intrinsic understanding of art, I’m often left staring at paintings wondering “how can I relate to this portrait“. Then by chance, I discovered David Teniers the Younger while researching my Drink’s from the 1600’s session for Tales of the Cocktail.

David Teniers the Younger (David Teniers II) was a 17th-century Flemish artist (December 15, 1610, to April 25, 1690) who painted during the Baroque period. His contemporaries were the likes of Rembrandt, Rubens, Beaugrand and La Tour. Unlike his contemporaries, Teniers II took an interest in painting life scenes. Many of these paintings depict taverns and drinking in the 17th century, which helped to give attendees to the 1600’s session some insight into what bars looked like back then. 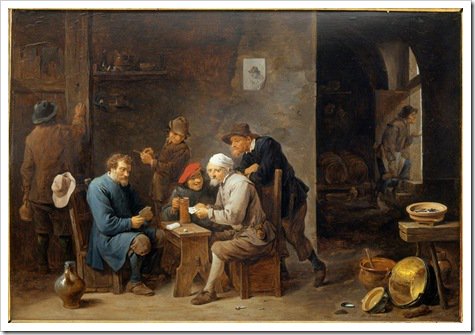 It is estimated the David Teniers II created over 900 paintings during his lifetime. Many of them are in private collections, but over 200 of them are in public museums and have been digitally catalogued. When browsing these paintings, you can get a good impression of the types of drinks people consumed, or over consumed, and the types of vessels they were served in. 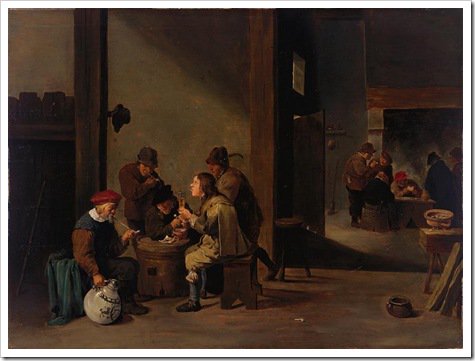 Unlike many artists of the period, Teniers II paintings were stylistically simple. Rembrandt, Rubens and others tended to paint epic scenes of gods and deeds. The term Baroque was originally a derogatory meaning given by later day critics who labelled many of the paints as excessive, eccentric and with a noisy abundance of details. An example is the Rubens painting called the Massacre of the Innocents, shown below. 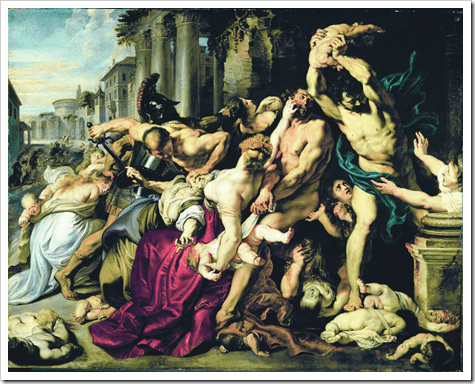 When you compare the Teniers II paintings, there is great detail, but nothing beyond the comprehension of man. A tavern scene is simple, something that would have been “every day” common. But, 350 years later, they become an interesting glimpse into the past. 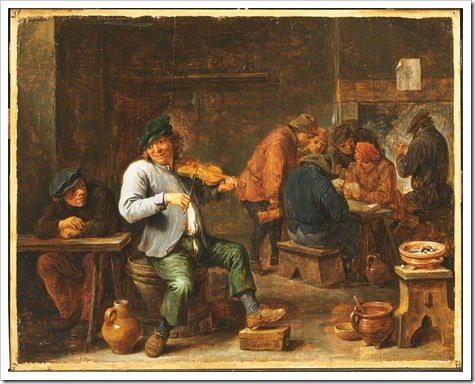 In some paintings, David Teniers the Younger does step beyond the mortal shell and explores the arcane, as in the Witches Sabbath below, but still in a scene that resembles the earthly plane we inhabit. 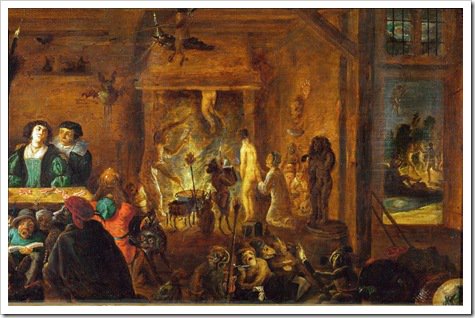 Some of the more interesting paintings are those of alchemists and their labs. Many of them contain images of early stills and other items that hint at how we evolved from magic to medicine and drink. 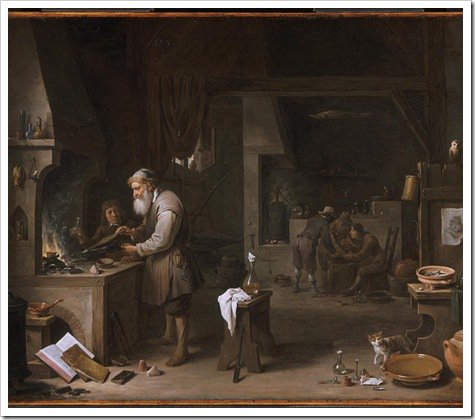 Teniers isn’t the first to do this, but it is something that he does frequently. He also usually has someone or something looking in the open windows. 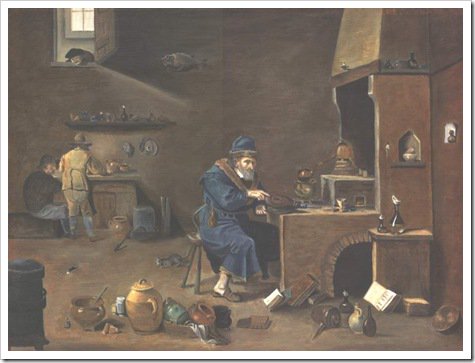 Some of the paintings are very creative, especially the ones where human figures are replaced with apes/monkeys. Now, the Dog’s Playing Poker painting is one of those things that art critics wretch and turn their nose up the mere sight of the painting. Really, the painting has been overused and girls really don’t like it. However, if you put up one of the “Apes” painting from Teniers the Younger, into your house, you might get heat until you start spouting off the following terms: David Teniers the Younger, the Baroque period, Rembrandt, Steen and Rubens contemporaries, 17th century. Many of his paintings auction for six figures. 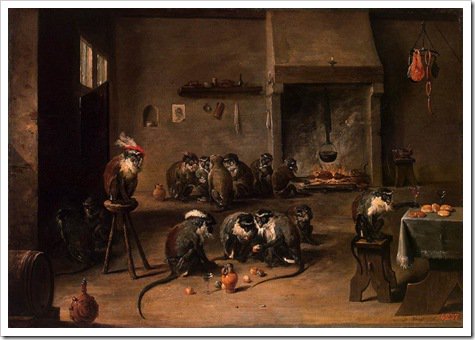 After gaining a new insight into art, I chanced upon this last painting by David Teniers entitled “Monkey’s Drinking” which is a depiction of a tavern scene in the 1600s where monkeys replace the people. Obviously, this could be interpreted to “fool’s drinking”, but we can take a lighter view.

If I were to ever own a bar, this would be the painting that would take the prime visual focus area. Why? I think the colours suit most modern bars, at least my vision, and it sets the atmosphere: “we’re there to have a good time, but serious about our work.” Teniers was serious about his painting, and to include such a work (reprint) or works, would step beyond the common. 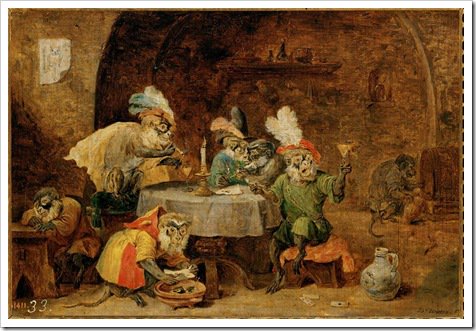 There are many, many more paintings of this style available for perusing. I personally think that getting reprints and putting them into bars beats the hell out of old “Highway 69” signs and roadhouse clutter. For the artistically curious, you can browse through many of Teniers paintings at the Web Gallery of Art.

I’ll be publishing more of the 1600s presentation over the coming weeks. Based on the feedback I received in New Orleans, I think this may be intriguing to many people, but since the presentation is mostly images, a few extra words and descriptions might help guide people along.