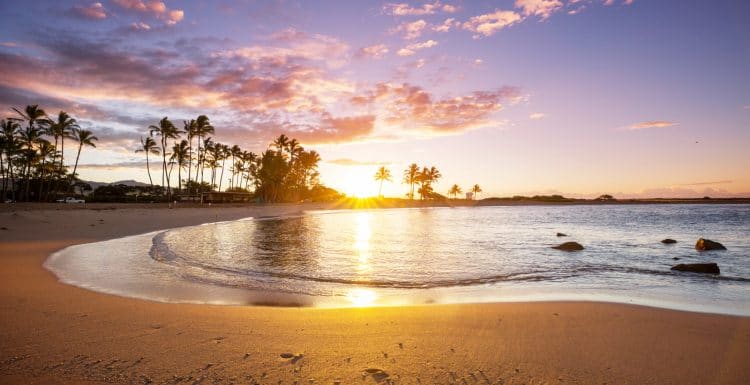 Anyone who has read about the history of the tiki bar fad started in the 1930s knows that Donn Beach (Ernest Raymond Beaumont Gantt) opened the first tiki bar called Don the Beachcomber in Hollywood. Knowing that, I’ve always wondered what inspired him. His bar opened up after prohibition so he must have had a lot of exposure to soda fountains before that time, and the one thing soda fountains had were a lots of unique syrups and fruit juice combinations.

Though the article mentions the event only happening for a week, these soda fountain/pharmacy journals had a tendency to create old-school “viral” carbon copies. The purpose of these journals was to share profitable ideas amongst the profession.

I suspect, on some level, this may have been an early influence for many of the people who enjoyed the tiki fad in the 1930s through 1960s.

To view a copy of the original article: NARD Hawaiian Craze

The present craze for ukulele music and other things Hawaiian offers wide opportunity as a money-maker for the soda-fountain man. This has just been demonstrated in Milwaukee, where George Zahn, manager of the fountain in Tillema’s, conceived the idea of a “Hawaiian Week,” that trebled the business for seven days. So successful was his plan that Mr. Zahn’s employers have instructed him to arrange some special feature with special dishes and menus weekly, so he followed up his Hawaiian program with “Orange Week.”

THE WINDOWS OF TILLEMA’S, MILWAUKEE, DURING “HAWAIIAN WEEK”

During “Hawaiian Week,” Mr. Zahn had his department decorated in true Hawaiian style, using both display windows of the Tillema store for a Hawaiian display. The cover of the menu card bore a picture of the now popular Hawaiian doll, while the sundaes and ices carried Hawaiian names. Girls employed in the fountain department wore white shirtwaists with Hawaiian collars. Two phonographs played Hawaiian music.

The cost of the decorations and all extras used to carry out Mr. Zahn’s program did not total $200, and the additional profits, according to Mr. Zahn, more than justified the expenditure. To gain some idea of the business done during “Hawaiian Week” it is pointed out that from 50 to 60 gallons of vanilla ice cream, besides 60 gallons of special creams and ices were served at the fountain every twenty-four hours. Nine cases of fresh pineapples were consumed in sundaes in addition to one and one-half cases of No. 10 tins of pineapple.

In decorating his department for the event, Mr. Zahn purchased ten pounds of raffia, rented two dozen palms from a florist, and purchased a quantity of orange-and-black crepe paper. Fresh pineapples, purchased with the intention of using them later in the season for sundaes, also added local color to the scheme of decoration.

The two big display windows were trimmed under the direction of Miss Olive Marks. The chief attraction in one were thirty-seven sample Hawaiian sundaes with marshmallow topping representing the cream. To each dish
was attached a card bearing the name of the sundae. In this window, too, was a tiny Hawaiian house erected on piles, with a long ladder leading up to the doorway. Raffia, crepe paper in black and orange, palms, and fresh pineapples, completed the decoration. In the other window was a display of candy bearing Hawaiian names, Hawaiian dolls, raffia, palms, and pineapples.

The effect found in the window display was carried out throughout the candy and fountain department. Palms, pineapples, and raffia, were to be found everywhere. Above the fountain was erected a wooden canopy which was covered with raffia, and about the edge of this was hung a fringe of fresh pineapples.

Here are some of the formulas:

Further Reading: The Dawn of Tiki