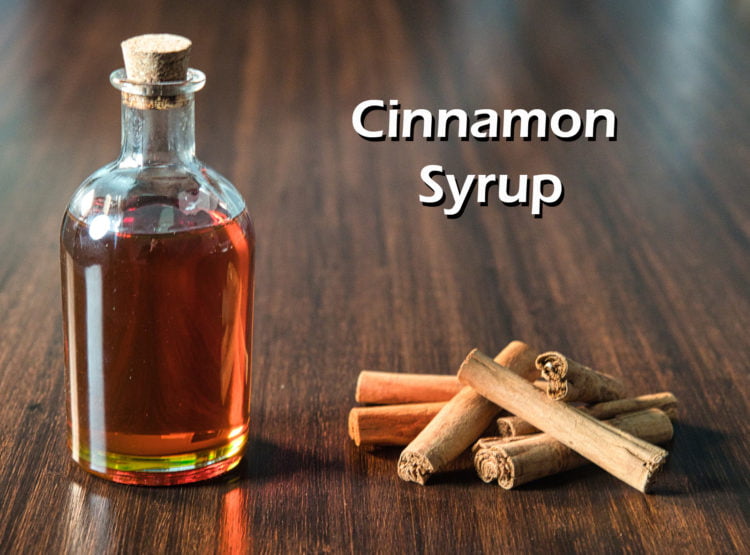 The best way to make a cinnamon syrup is to use stop using cinnamon sticks and do what the professionals at the soda fountain did, and that’s to use all-natural steam distilled cinnamon essential oil. It will be the best cinnamon syrup you’ve ever used and it works great in cocktails, tiki drinks, soda, and even on your pancakes. And it is surprisingly easy. The following YouTube video will guide you through the process, but all the details are below as well. Check it out.

The 3 key benefits of the essential oil method are

1. You can make a consistent, cinnamon syrup by knowing the oil content while saving money. Starting with 250ml of cinnamon extract will yield 8 to 10 litres (2.5 gal) of cinnamon syrup. Cinnamon bark (sticks or powder) typically has 0.5% to 1% oil content, so you would need to use 7 oz (200 grams) of bark to hit that 2% mark. A single cinnamon stick is 5 g so you’ll need 42 sticks to hit the 7 oz mark, in 100 ml, which is unmanageable. Cinnamon oil is the way to go.

2. You avoid the astringent-bitter flavours produced from over extracting the bark. Steam distilled essential oils have the advantage of removing some of the non-volatile astringent components that you get from extraction. Steam distillation captures the pure flavour oils. Plus they are more stable.

3. It makes an all-natural stable, clear syrup that has a longer shelf life. Aside from the preservative nature of sugar syrups, research has shown cinnamon oil to have antibacterial action from cinnamaldehyde.

Making cinnamon syrup requires two simple steps, first, you need to make an extract, basically, you need to dilute the cinnamon essential oil because it is too concentrated, and then you need to use that extract in some simple syrup. Legally, a commercial cinnamon extract has no less than 2% cinnamon oil but 2% is a bit low on the flavour scale so, you can boost it to 3%, which was more in line with what soda fountains used in the past.

How to Make Cinnamon Extract

How to Make Cinnamon Syrup:

Take 25 to 30 ml of cinnamon extract and mix with one litre of simple syrup and shake. You can add caramel colouring if you want a darker colour.

And that it is it, you can use this in cocktails, coffee, tiki drinks, sodas and you can even use this cinnamon syrup recipe on your pancakes.