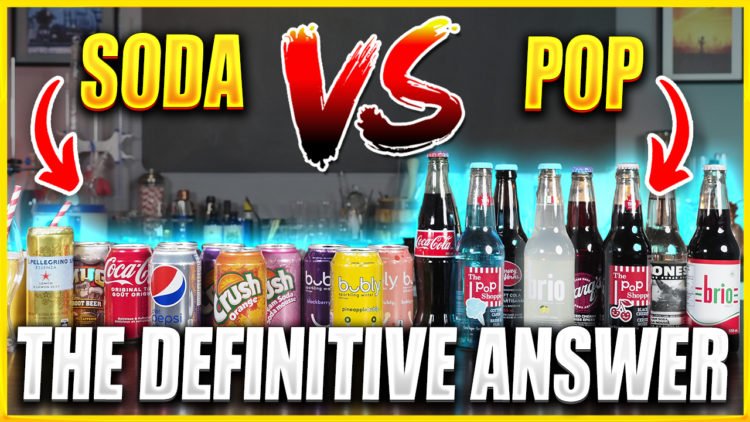 Is it Pop or Soda? The answer is more of a “Why the difference?” and yes there is a difference and most people get this wrong. Watch the video below and it will explain why we use multiple words for the same product, including the southern usage of the word “coke” to describe carbonated beverages.

The key reason that different regions use different words for carbonated beverages comes from the American Bottlers Association and the state level associations in the early 1900s. Many disliked the word because historically it was a product that was produced with very low standards, poor sanitation and fly-by-night operations that often took discarded bottles from commercial brands and refilled them to be sold as the same. The Abbott’s Bitter company did this with Angostura bitters in the 1870s, and eventually got sued.

As Charles Westerholm, president of the American Bottlers Association states in 1915: “Do not use the word “Pop.” That nasty little word has been a detriment to the soda water industry, and all carbonated waters.”

However, those words didn’t stop some regional State Bottlers Associations from making declarations that their members use the word “pop” to advertise their products in the state. And those regional associations are why some places say pop and some say soda.

A sample of many of the documents debating the “soda vs pop” debate are below and they can help explain why pop was frowned upon, and also why some didn’t want to call it soda. And if you look at a map of the “soda vs pop vs coke” you will see how things turned out 100 years on.