When I was at the Moscow Barshow (September 2011) I had the opportunity to judge the cocktail competition that pitted the best bartenders in Russia against one another. Robert “Drinkboy” Hess was also one of the judges and afterwards, we had a discussion on the best way to rate cocktails in a competition. The discussion is ongoing and at some point, we should probably have some refinements, meanwhile, I’ve been doing some digging around and looking at other rating scales.

Obviously, Robert Parker’s 100 point wine scale is one of the most well know in the drink world. I can’t say I’m a huge fan of the 100 point spread, but then again I’m not rolling around in gads of money like Mr. Parker. So, to help people better understand the “100 Point Wine Scale” I have come up with an infographic explaining the different point ranges. Enjoy 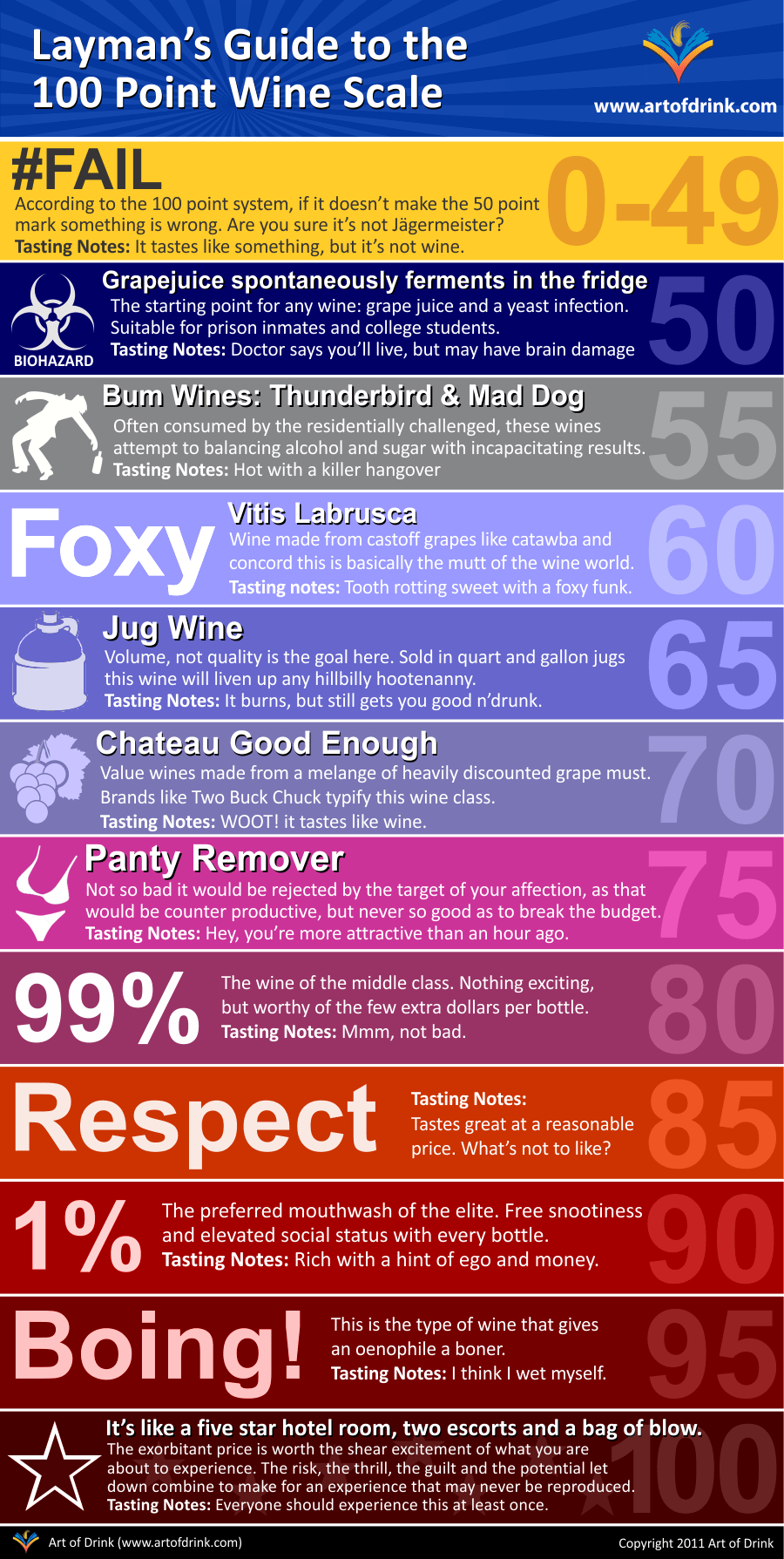