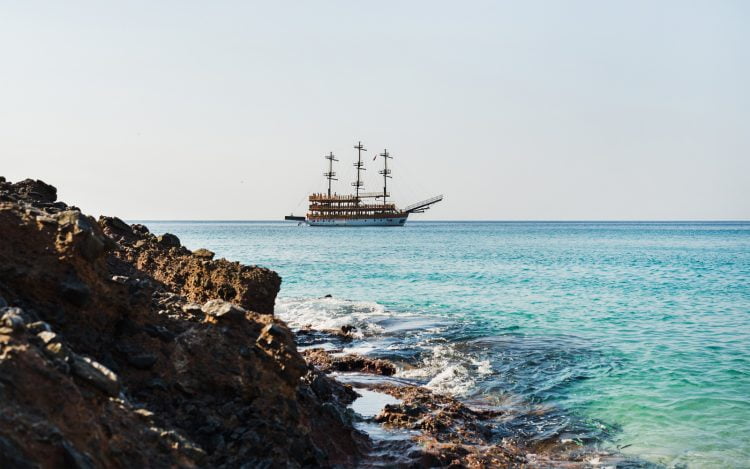 It’s that time of year when we are assaulted with a new blockbuster movie every weekend until the end of the summer. Many of the movies will be a waste of time because they lack character development or the story is covered up by special effects. But, there is one decent movie coming out, with a really well-developed character, and that, of course, is Pirates of the Caribbean: At World’s End. So what’s this have to do with drinking? Well, rum drinks of course and real pirates had real drinks. Bumbo was a mostly forgotten drink until Captain Jack brought it back.

People often speak of Navy Grog, but in the days of Pirates, Bumboo (or Bombo/Bumboo) was the better drink. Navy Grog has simply watered down rum, and if you were lucky you might get lime to go with your Grog. Bumbo, on the other hand, was a better version of Grog because pirates pillaged all the good stuff from villages. Plus, to give Pirates a little bit of credit, they were better at living “off the land” than the conscripted sailors, who rarely got shore leave.

Bumbo is a simple drink, with its key components being rum, water, sugar, and nutmeg. But Bumbo gets better depending on the resources at hand. It can obviously incorporate limes but, for the most part, are not included. Fruit juices can also be added. Think tropical fruits. So if you think about it, Pirates may very well have been the first people to drink “girly drinks.” Captain Jack does wear a lot of makeup, so it may not be that far from the truth. But, if a pirate wants to drink a fruity girly drink, who am I to stop him.

But, if you stick to the traditional recipe, a mug of Bumbo would be a spicy rum cocktail. Cinnamon was often added, along with nutmeg. It seems very Christmas rum punch like. There probably isn’t a proportional recipe, so it is to each person’s tastes. Additional things that would have been added to Bumbo include coconut water, any tropical fruit juice, or more rum. A pirate can never have too much rum.

A cocktail similar to Bumbo is the Ortona Cocktail which was served to Canadian soldiers, fighting in Italy, in World War II. It is sweetened rum with a splash of water.