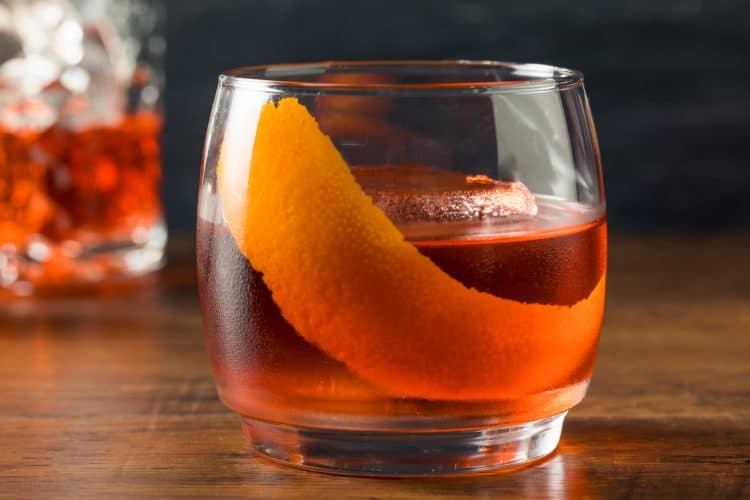 New Orleans has such an interesting drink history but, finding a good cocktail, like a Vieux Carre, in New Orleans can be a task. The city has become a centre for partying and that means quantity, not quality for many bars. Forget Bourbon Street for cocktails, except for a rare few establishments. Some other places in the French Quarter offer potential, but most visitors to New Orleans are looking for anything but complex cocktails. So the general advice is pick your cocktail carefully.

Usually, I’d use a good vermouth, like Vya or Punt e Mes, but for this, I decided to stick with Martini. Why? Because taste has this powerful ability to flash you back to where you were when you had this drink and if you have had one at the Carousel bar it will remind you of fun times. If we try to modify the Vieux Carre too much, it won’t have that cool effect of mentally going back to New Orleans.


Amount Per Serving:Calories: 180
Now, this drink has been covered a lot, so you can check out additional information at the following links.

Plus many, many more.