This topic has been debated a lot and nobody really knows where the word came from, but every once in a while somebody comes across an old newspaper article discussing this topic. Well, as I was researching through some archives of old newspapers, I came across a couple of articles discussing the origin of the word “cocktail”. I decided to share them. The articles are interesting in that they are from a fairly early time period (1910, 1924, 1976). Some of the stories don’t jive with other historical accounts (like the third story about Angostura and Cockfighting). But, they are pieces of history.

My opinion of the origins of the cocktail seem to side with the story of horses. It is in the 1924 New York Times article below. I’ll just give you my impression.

Back in the 1700’s it seems feeding a horse a potent mixture of ginger and water would get them stimulated before a showing. So, you’d serve the horse a drink to “;cock-its-tail”. Kind of makes sense and seems to have a rather benign origin. Occam’s Razor states “All other things being equal, the simplest solution is the best.” If we had to vote, I’d choose the horse story. What do you think? 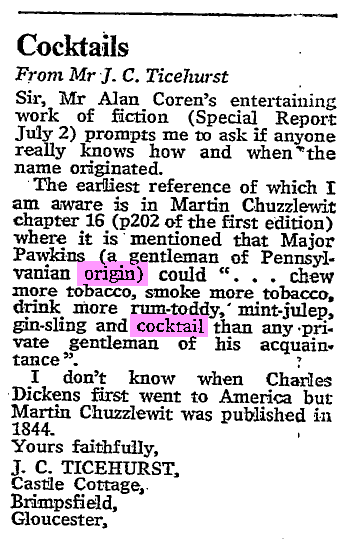 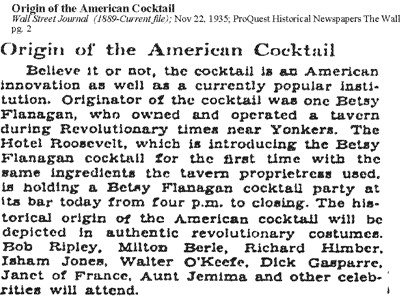