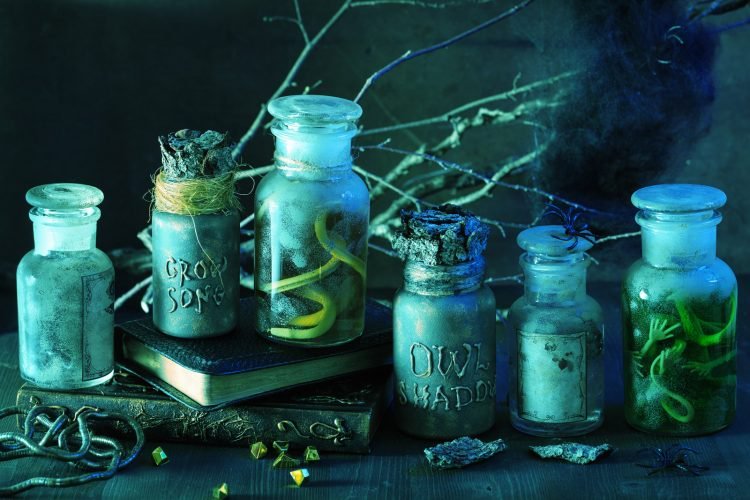 The idiom “jumping the shark” is defined as the moment in time when a creative effort moves beyond the essential qualities that initially defined its success and progresses into absurdity. The publication of “The Sorcerer of Shaken and Stirred” by the New York Times is a perfect example of the transition into absurdity. I’ve been holding my tongue on the topic of Alex Ott for the past week, just to see how things played out. Now that they have, for the most part, I feel compelled to publish my opinion because we can all learn from it.

If you haven’t read the article you really should, otherwise, some of what I say below might not make sense. There is also a video embedded in the article if you really what to experience the Ott.

“Bartenders should never be people who come up with cocktails because they have no education.” – Alex Ott

This article first came to my attention on Facebook via bartender extraordinaire Alex Day. The comments from the bar community were quite entertaining, but the general impression was that Mr. Ott was way over the top. Many people wanted to avoid giving the “Bar Sorcerer” any more attention. It’s similar to a family that hides or minimizes the behaviours of crazy Uncle Bob. It’s understandable, but I prefer to face things head-on.

Saying “bartenders” shouldn’t make drinks because they don’t have an education is a big insult. It’s like saying your mother sucks at cooking because she didn’t go to chef school. Media Training 101: Don’t make broad generalizations!

Aside from the insulting comment towards bartenders, I have a couple of other issues. The first being—don’t make cocktails healthy. Trying to make alcoholic beverages a medicinal vector will only raise the hackles of the medical community and prohibitionists. Alcohol is a poison and I like my poison just the way it is. Plus, I don’t want to go to a bar where my “biosphere” is manipulated by some third-rate practitioner of the proctological arts. I’ll leave my health to my qualified health team and my cocktails to my qualified bar team.

As for his claim that he is well versed in aphrodisiacs, people have been saying that for millennia. By many accounts, the modern aphrodisiac is three cocktails and a thick wallet.

Tobacco infusions are a bad idea, especially if you have no idea what you are doing. Also, essential oils need to be handled with care. It would only take one serious side-effect, from a poorly measured essential oil cocktail, to get the government making more rules to prevent creativity. Sorry to be the fun police, but it will most likely happen that some eager to impress bartender will come up with some concoction that sounds good, but ends up poisoning someone.

Gary Regan, as usual, has been of the levelheaded opinion that we all have flaws and we’ve all had asshole like moments. That is absolutely correct, and by extension, Gary is saying we shouldn’t throw stones in glass houses. However, when this particular house was painstakingly rebuilt after decades of rot, through the efforts of a small group* of passionate bartenders, for one person to come along and imply that he is above it all, is harsh. Consider this a correction of bad behaviour.

One of my predictions for 2011 was that bartenders were going to be less douche-like. This isn’t a good start.

Mr. Ott has issued a partial mea culpa, but I still see problems with his approach.

And one last pet peeve. If you’ve watched the video that comes with the article, answer me this question: Why the hell do “master mixologists” feel that they don’t need to use ice scoops! Like really, don’t grope the ice with your hands, unless you are Playboy Playmate. Everyone else, buy an ice scoop.

* small group meaning the hundreds thousands of bartenders worldwide that treat this like a profession compared to the tens of thousands who don’t.