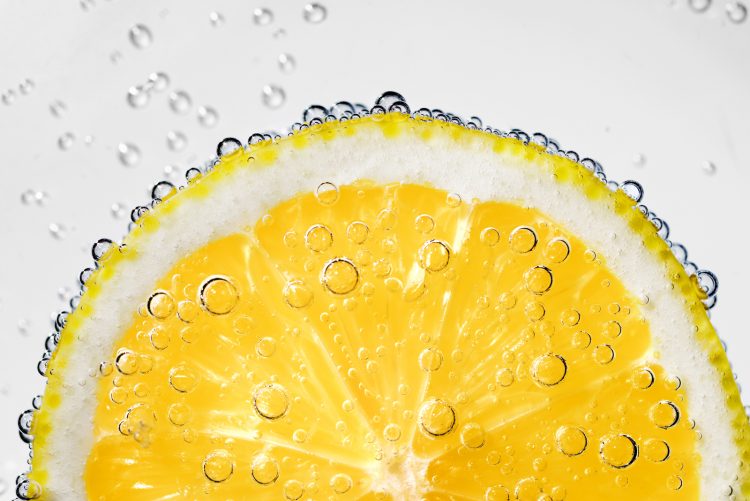 Early on in the 1800s, a crafty genius decided to combine carbonated mineral water and a sweetened flavour syrup, thus creating “soda pop” as we know it today. But the question remains, what flavour did they use? Well, it probably doesn’t come as a surprise if you read the title of this article, it was lemon. What may surprise you is that the lemon soda was the reigning champion of soda flavours for over 30 years.

Most creative processes are a series of tiny steps that build on things that worked well previously but are tweaked to make them more attractive. In this case, carbonated soda water was substituted for flat water in the ever popular lemonade and voilà, a new drink.

There are some reasons this worked well. The first is that carbonation creates a unique tingling sensation on the tongue that makes things taste like sparkles. The escaping carbon dioxide from the water also propels aroma chemicals in the olfactory system enhancing the flavour of the drink.

The combination of these two soda water elements created a one-two punch that vaulted soda drinks into the mainstream. But there was even more that helped to make lemon soda the soda fountain darling.

In the 1800s, refrigeration usually involved ice blocks so transporting fresh fruit was an expensive option from tropical climates, where lemons grew, to the northern American states. The solution to this problem was to split the two critical components of the lemon, so they did not need refrigeration and then recombine them when needed.

The first component was the lemon oil which provided the flavour for the drink. This process was usually done by distilling the oils from the lemon peel, and this process was well understood so a reputable druggist could source quality oils to flavour the soda.

The other component was citric acid. The process for this was relatively simple, workers collected the juice of the lemons and boiled it until it was dry and then took the solids and created a powder. There were problems, however, and they stemmed from the use of tin and lead in the boiling vessels which caused serious health issues. Less respected pharmacists would use the citric acid in their drinks, but even half-decent pharmacists at the time avoided it. The creation of Acid Phosphate was a direct response to the lead contamination in citric acid powders and was provided as a safe alternative.

The one great thing about soda fountains is that they were usually operated by chemists who understood science and documented everything. This is great because we can recreate drinks from the past using the formulas they published.

A typical lemon syrup, as well as many other syrups created using essential oils, were produced using the following standard formula.

To make a lemon essence take 1 oz of essential oil and dissolve it in 1 pint of 90% alcohol. To make the lemon syrup, dissolve 1 oz of the essence in 1 quart of simple syrup. Soda syrup was typically three parts sugar to 2 parts water.

This formula was very common for many flavouring syrups though it wasn’t universal as some oils have a more concentrated flavour or aroma. Gum Arabic was also incorporated to help keep the oils emulsified in the syrup, but if you don’t have it, and the oils separate over time, give the bottle a thorough shake, and the syrup should be fine. A spin with an immersion blender helps.

Traditionally, sodas were not served with ice, as the ice dilutes the flavour and releases all the carbonation, leaving a flat, dilute drink. Well chilled ingredients and a chilled glass will make the best soda.

For a really good version of this, use a SodaStream system or soda syphon and multiply the recipe by 4 for a 1L syphon of SodaStream bottle. Combine all the well chilled ingredients (using water instead of carbonated water) and charge with carbon dioxide.


Amount Per Serving: Calories: 72
A few words of advice on making and bottling syrups. Make sure you clean the bottles thoroughly with hot water and soap. Use clean utensils (measuring cups, etc.) and simmer your simple syrup to kill anything that may cause mold or stringiness. Appropriately done, syrups should last for at least a month if refrigerated.

And with this basic formula you can make any type of Phosphate, like a Strawberry Phosphate or a Cinnamon Vanilla Phosphate.