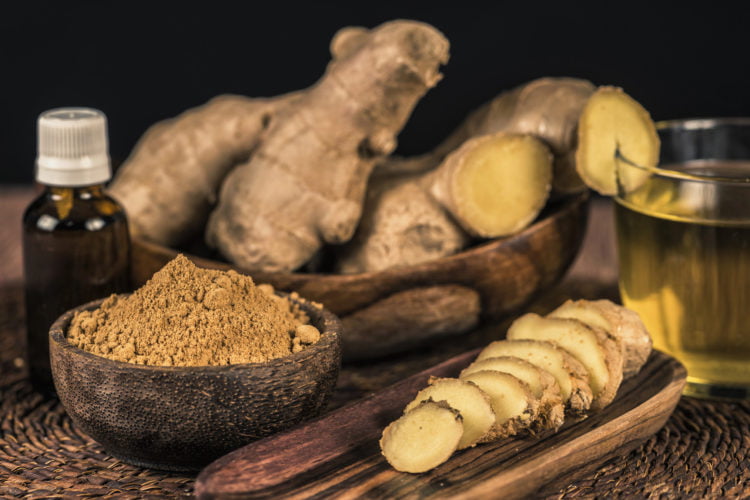 Last week bartender Trevor Easter asked me a question about Jamaica Ginger for a cocktail that he was researching. It just happened that I did know a fair amount on the subject. While doing research for Fix the Pumps I came across some old recipes for the production of Jamaica Ginger (1800s) and its fall from grace. For some reason, I didn’t include Jamaica Ginger in Fix the Pumps, probably because it wasn’t really used in soda fountain drinks. So for anyone curious about this ingredient, here’s what it is and how to make it.

Jamaica ginger is a maceration of ginger in alcohol which has a distillation step in some recipes. The one thing about ginger, or the oils in it, is that they break down in the presence of water in about 2 to 3 hours. Hence, it’s almost impossible to get a real ginger flavour in a drink, unless it uses fresh ginger. Jamaica Ginger fixed that problem, as the oils are stable in alcohol. And really, no one likes hand-pressing ginger to order.

The demise of Jamaica Ginger was caused by an outbreak of paralysis in the limbs of persons who consumed Jamaica Ginger in 1930. This was referred to as Jake Leg. The cause had nothing to do with the ginger but was caused by dubious manufacturers who added a type of polymer to meet a specific requirement by the US government.

Back during prohibition alcohol was sparse (obviously) but many pharmaceutical preparations had it in abundance, Jamaica Ginger being one of them. Eventually, the US government caught wind of the increased consumption of Jamaica Ginger for recreational purposes and required that all Jamaica Ginger formulations retain a certain percentage of “solids”, which were basically particles of ginger root. This had the effect of making the product bitter and less palatable to even the hardcore drinkers.

The government tested the solids content by evaporating off the alcohol and water and weighing the remaining solid matter. Manufacturers tried to get around this by adding other materials (oils, molasses, etc.) to mimic the solids, but retain the palatability of the product. A pair of bootleggers decided to add tricresyl phosphate to their product, thinking it was safe, only to discover later that it was a potent neurotoxin. Their attempt to bypass the regulations was estimated to have caused 30,000 to 50,000 people to lose function in their limbs. That also spelt the end of Jamaica Ginger since the effects were so severe that nobody could trust the product.

The recipe below is for the original Jamaica Ginger, not the prohibition version that required solids. This recipe will not cause Jake Leg.

The original formula for Jamaica Ginger was fairly simple, requiring 12 pounds of ginger root and 2.5 gallons of 180 proof cologne spirit (i.e. odourless distillate) which was then combined and macerated for fourteen days, reduced by distillation to a volume of one gallon then cooled and filtered. The distillation step just concentrated the ginger oils in the alcohol. Many of the recipes listed were just macerated and filtered, but obviously less potent. The quantity of ginger often varied as well.

The distillation step put Jamaica Ginger out of reach for many, since stills can be hard to come by (legally). But with a few calculations and some creative thinking, almost anyone can reproduce this once immensely popular tonic.

From the old pharmacy manuals I’ve read; “the typical yield of oils from ginger root range from 1.7% to 4.5%.”

So here’s the trick to making a modern Jamaica Ginger:

First, we need to convert to metric. Yes, my American friends, protest if you must, but I assure you it is a hell of a lot easier to work in metric.

Now we need to figure out how much essential oil is in 5.45 kg of ginger root:

See how perfectly that worked out, the wonders of the metric system I tell you.

What, you don’t have a balance that can accurately weigh out 1 gram? Easy enough, 20 drops from a standard bottle dropper is about 1 millilitre, which when dealing with water would equal 1 gram (again the wonders of the metric system). But since we will be dealing with oil, it would technically be a bit more due to density (water having a density of 1.0 and oils generally being 0.8 to 0.9) but let’s leave it at 20 drops equals 1 gram for our purposes. For nitpickers, if we take density into account it would be about 22 to 25 drops.

First, you will need a bottle of 90% to 95% alcohol, Everclear is a good choice. Failing that, find the highest proof vodka you can get your hands on (70% abv or better – in Ontario that would be Gdanski Spirytus vodka – 76%).

Why CO2 extracted you ask? Well, the short answer is that this method produces a very pure product, without the use of solvents, nor does it degrade the ginger oils in any way. You’ll get a super clean ginger flavour. Other ginger essential oils will work as well, just avoid using oleo-resins.

Voila, you now have Jamaica Ginger. This recipe makes the least potent version, and I recommend it because you can always add a few more drops if the ginger flavour isn’t strong enough. However, an overly potent version (i.e. 40 to 50 drops per 100 ml) might over-power many of the drinks you try to work it into. But as always, this recipe is just a starting point, if 50 drops work for your drinks so be it.

Now I’m sure someone will bring up the concentration/distillation step from the original recipe. Yes, technically we would have to nearly triple the amount of ginger oil (i.e. 50 to 100 drops per 100 ml), but as per the description from the manual: “A single drop swallowed will almost produce suffocation.” Again, probably a little too potent for our application.

There are a few cocktail recipes that call for Jamaica Ginger, but where this product shines is ginger ale. Because the ginger oils are preserved in the alcohol, adding some to a glass of soda water with some simple syrup will give you a naturally flavoured ginger ale. And if you like something stronger than soda, try a Rye & Ginger.

For more great insight into the world of soda, fountain ingredients pick up a copy of Fix the Pumps if you don’t already have one.