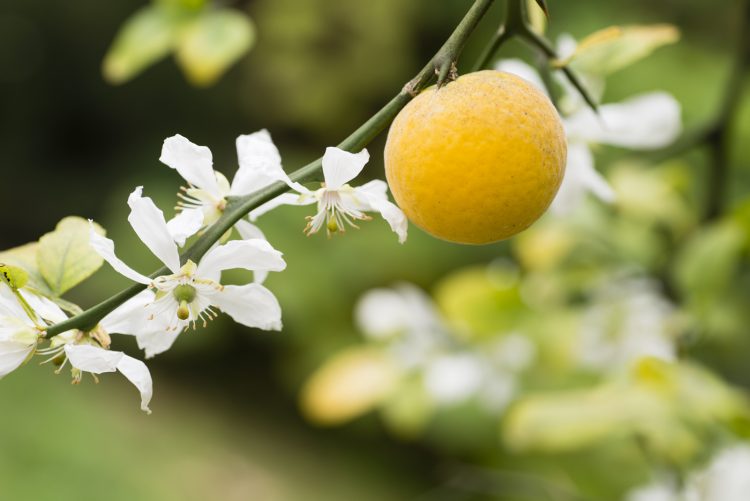 The distilled spirit of orange blossoms is one of those rare ingredients in cocktails, that should probably get more attention. There are a few cocktails that use orange flower water, the most common being the Ramos Gin Fizz, but other than that there aren’t a lot of really popular cocktails that utilize this ingredient. This is unless of course, you include cocktails that use genuine Orgeat syrup because a true orgeat has orange flower water added. Then you can add some more popular cocktails to the list, including the Mai Tai and a whole bunch of Tiki drinks. One of the reasons this ingredient isn’t used more is because people don’t know a lot about it, so let’s fill in the gaps.

Generally, you will find two types of orange flower water, sometimes called orange blossom water. The first is of middle eastern origin and is pretty common. The other is of French origin and is the one most commonly used in cocktails. The brand most widely available is A. Monteux. There are differences between the two it does make a difference in your cocktail.

The A. Monteux orange flower water from France has a very floral fragrance, almost like a perfume. It is sweet to the nose with hints of citrus. The flavour is slightly sweet and tastes like its aroma. There is hints of orange flavours. Basically, if you were to eat a flower petal, that’s what this would taste like.

The middle eastern orange flower water is from Lebanon and is labelled as orange blossom water. The nose is definitely more orange and citrus like with an earthiness. The flavour is earthy and subtly medicinal (in a good way) without any bitterness. There is no sweetness on the tongue either. It’s unique and is different to the A. Monteux orange flower water.

For our purposes, the version from France is best for cocktails, but if you have a tough time locating this product, the middle eastern version will work. The French version better because you really aren’t trying to add much flavour to the cocktail, it’s mostly for aroma.

Because the sense of smell plays such an important role in taste, you can change a person’s perception of a drink by adding orange flower water. It works the same way perfume, cologne and aftershave do. Nobody wants to be around a stinky person, so if your date is wearing a scent, in moderation, that is pleasant, your first opinion is likely to be positive. If they smell like they just came out of a barn, then your opinion will likely be lower. Same goes for a cocktail if it smells good people will order another one and if it smells unpleasant, they probably won’t reorder. Hence the reason most cocktails stick with fruit and vegetables while avoiding the seafood. Grouper and eel cocktail anyone?

So with a little help from orange flower water, you can up the aroma factor on a cocktail. However, use only a drop or two as this stuff has a very strong scent. Just like when someone is doused in perfume, more isn’t always better. Also, a drop or two is unlikely to change the flavour profile of your cocktail very much, so it may be an option for some modern mixologists. Orange flower water and other floral waters give bartenders more options when creating great cocktails. The combination of taste, texture and aroma are what really make a good drink.