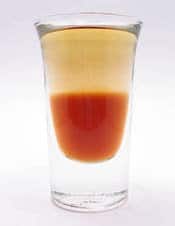 Shots after midnight are never a good idea, but occasionally with good friends, they are worth it. If they are layered properly they are photogenic, colourful and fun—because bars and drinking are supposed to be fun. For this technique I use a glass pipette to make layered shooters because it is a magnitude easier and a whole lot faster. The spoon thing is old school and can result in a mess, but with a pipette, you never make a mistake, unless you get the liqueur order wrong. Follow along for a little more enlightenment.

A pipette is like a large glass straw with a bulb in the middle (see picture). A few years back I picked up a box of 9ml pipettes (odd size, but perfect for a 30ml shot glass) on eBay for a few bucks and they do a great job layering shoots and pousse cafes. The reason a pipette works so well is that you can submerge the tip to the bottom of the shot glass and slowly release the liqueur. This displaces and pushes the other liqueurs up without intermixing the two liquids resulting in nice clean layers. To make a layered shot you add the liqueurs to the glass from lowest density to the highest. There are a couple of exceptions, like the B-52 but more on that later. 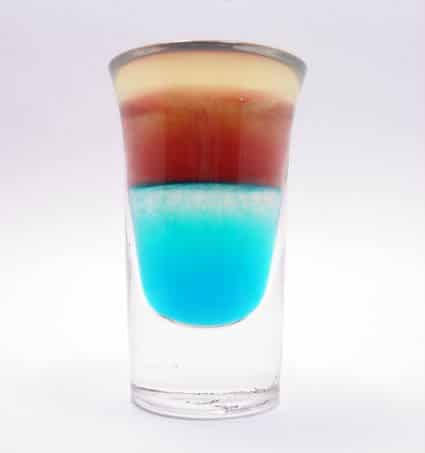 You can buy plastic 10ml pipettes for a few bucks, but you’ll also want to get a pipette bulb because sucking on the pipette to draw the liquid up isn’t very professional. The bulbs can cost around $10 but are well worth the investment.

The other reason the pipetting method is good is the speed, and as we all know bartenders need to be fast. There is no fussing around with spoons and the excruciatingly slow pouring technique required to layer liqueurs. With the pipette, you stick it in the bottle, suck up 10ml, place in the bottom of the shot glass, release and repeat. Once you have your pipetting technique down to an art, you can whip out two or three perfectly layered shots in a minute. Just remember that for proper technique, you need to remove the suction bulb and quickly place your index finger over the top of the pipette (like a barrel thief or when you use a straw to sample a drink). Then you can slowly release your index finger to release the liquid.

If you want to impress people with shooters, do it the Jerry Thomas way and make them pousse-cafe style. Layers make the drink look good and can increase your tips or compliments. Investing in a pipette and pipette bulb can help expedite your shots. There is no need to premix B-52’s into a speed pour jug and slosh them out. They look like crap and they just don’t taste the same as the layered version.

As for making a B-52 using a pipette, you need to do the Bailey’s layer last and you need to place the tip of the pipette between the Grand Marnier layer and the Kahlua layer. The only reason you do this is so the Bailey’s doesn’t mess up the sides of the shot glass. If you put it in after the Grand Marnier it will streak the bottom of the shot glass and the Kahlua will look cloudy.

The picture to the left is my first attempt showed the error of my ways. But it still made for a cool picture. 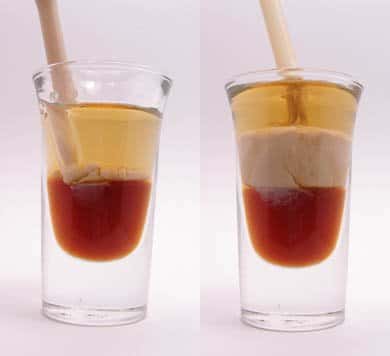 This last picture is just a cool shot when I added the Bailey’s before the Kahlua. 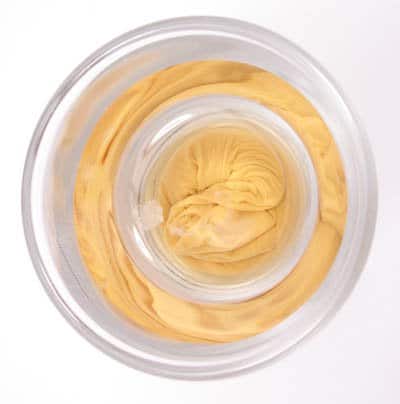 If you liked this post, check out How to Make a B52 Shot and  Introduction to Molecular Mixology.