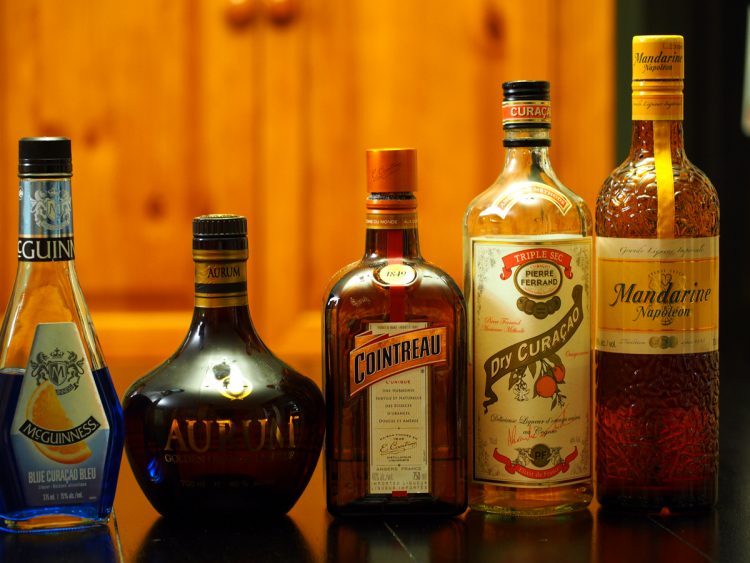 There are few, if any, liqueurs that have achieved as much as Triple Sec. It quietly makes its way into some of the best cocktails ever created but is never the starring actor. This is a liqueur you need to have in your inventory.

What is Triple Sec?

Triple Sec is an orange flavoured liqueur made from the peel of the Seville and Laraha oranges using distillation. This liqueur was first produced on the island of Curaçao. The Laraha is either a Valencia or Seville orange which was transplanted to Curaçao, but because of the soil and climate condition, the orange developed into an inedible fruit due to the bitterness, but the peel made a flavourful liqueur. The Seville orange is most commonly used in the production of triple sec. Though the oranges may be bitter, triple sec does not taste bitter and has a sweet orange flavour.

The term “triple sec” means triple dry which was probably a reference to “triple distilled” and used as a quality descriptor. The best grade was the “green ribbon triple sec.” Today, we still see some visual references to the grades, like the colours red, orange and white. In the 1800s the colours were used to describe the type of peel used in the product. Green ribbon was made from Laraha oranges, picked while the skin was still green. Orange ribbon was manufactured from the peel of the Seville oranges. Blue Curacao seems to be a modern invention for marketing purposes to make blue cocktails, though it is still considered an orange liqueur.

Products like Blue Curacao, Cointreau, Dry Curacao, Aurum and Grand Marnier are all orange flavoured liqueurs based on triple sec and can be used as a substitute or alternative, though each will have a slight difference in flavour and appearance.  Premium brands like Cointreau (an actual premium triple sec) and Grand Marnier have a higher price but also a higher alcohol content (35% to 40% ABV), where brands like Marie Brizard and Bols are lower priced and have a lower ABV around 20% to 25%. They are all fine for most cocktails.

Some of the most popular cocktails ever created use triple sec as a flavouring component. It is probably one of the most underrated cocktail ingredients considering its inclusion in such great drinks as the Margarita, Cosmopolitan, Singapore Sling, Long Island Ice Tea, Mai Tai and Sidecar. Few people drink these orange liqueurs straight but their strength lies in their mixability. They pair well with most spirits and are rather mild in the flavours contribute and never over-powering.