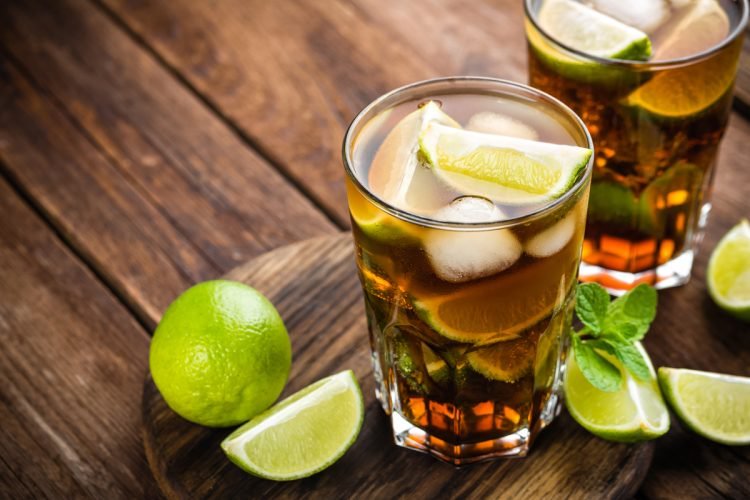 What is the best rum to mix with Coke? Many people have an opinion, some people swear by Bacardi white rum, others pick a true Cuban rum and even others want a well aged, vintage rum like Mount Gay Extra Old. But what do you do for the people that just ask for a rum and Coke? What type of rum, white or amber, makes a better drink? Does a moderately priced vintage rum make a noticeable difference in taste in a glass of Coca-Cola? And from the standpoint of a bar or restaurant, which rum will make people enjoy their stay more, without offending them when the bill comes around.

Aside from vodkaphiles, there are not a lot of people who actually “call” a brand at most bars. The majority of regular bar go’ers order a basic drink and just accept what they get. Vodkaphiles tend to believe they can taste a difference. Don’t get me started on that. Rum, on the other hand, is something you can absolutely taste a difference, even when mixed with something like Coke. That’s because rum is the most varied and flavourful of all the spirit categories.

The trick at a bar/restaurant is to strike a balance between quality and price. Unfortunately, many places have decided that quality isn’t so important, so the cheapest rum wins out. That means that aged rums get the heave-ho, even though some of them may be the same price or only be a dollar or two more per bottle. A few dollars can make a real difference.

Some people will state that when you order a rum and Coke, it is expected that you will get a white rum. I don’t agree with this statement. When you order a whisky and something, what do you expect to get? Bourbon, Canadian, Irish, American 2-year-old, rye? Most people don’t care as long as it tastes decent, and that is my point. If you can take a moderately priced, lightly aged rum and make the drink taste better, why wouldn’t you? So, here’s a quick look at three rums.

*Please note that the prices are Canadian, and yes they are high, but that has always been the case.

Positive: Smooth, with decent rum flavour that compliments the Coke nicely
Negative: Not as deep in flavour as V/X

I’m in almost complete agreement with Scott at Scott’s Rum Page [defunct] about the Appleton V/X and Special Gold are the best rums for the job. For a general rum and Coke call, I’d highly recommend using Appleton Special Gold. It is not going to make people go “wow” or blow the socks off anyone. But, the clean finish is enough to be noticed when compared to the Appleton white rum. The Special Gold is also mild enough in flavour that you’d have a hard time identifying it as an aged rum. Basically, it strikes a balance between old and new by taking the few rough edges of the white rum. If you used V/X, most people would enjoy it, but there may be a few who notice that it has more flavour than a white rum.

Related: How to Make a Rum & Coke