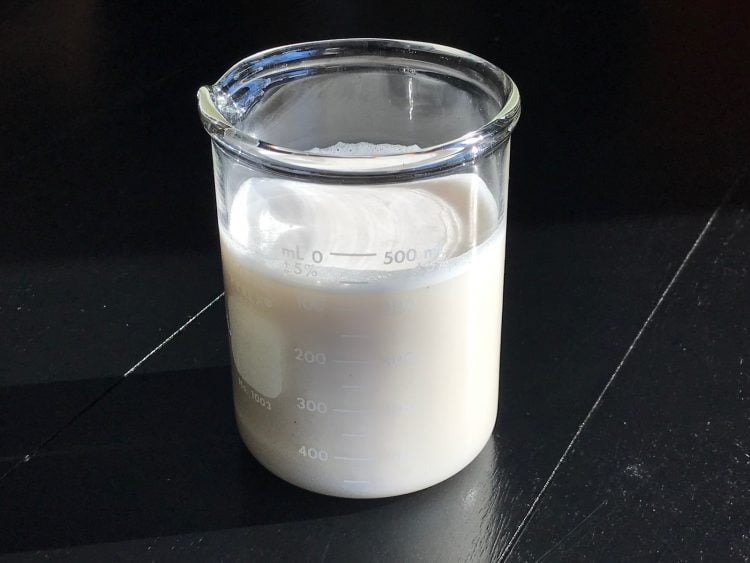 Soda fountain manuals from the 1800s are a rich resource for the aspiring drink maker and cocktail pro alike. While doing some research on the history of Cream Soda—invented in the late 1850s and was just flavoured soda water with sweetened cream added—I came across a couple of references to imitation cream syrup for use in soda, and it is animal free and looks interesting, so I decided to whip up a batch and see what happened. There is a lot of potential with this recipe to make things like vegan Irish cream and for those that are lactose intolerant.

In the 1800s compact mechanical refrigeration wasn’t a thing yet, and in 1861 only a few dozen ice making machines were in operation. This meant that icehouses were the most common method of keeping things cool. It also meant that perishable products, like milk and cream, were complicated to keep if you didn’t have a good relationship with your local purveyors of ice on those hot summer days.

Chemists, being the creative types, found methods around this by creating products that had similar characteristics but were not perishable. In this case, it was called “Cream Syrup.” The concept is simple: cream is an oil and water emulsion, so duplicate that with stable compounds.

The choice of oil was sweet almond oil as it has a mild, pleasant aroma and non-bitter taste. To get a stable emulsion, the all-natural go to compound for centuries was gum Arabic, and it is effective.

In the 1800s, this almond oil and water mixture was sweetened to make a syrup and then added to sodas, and it was popular enough that we still talk about it today. Cream soda was the precursor to the ice-cream soda and the milkshake, more on that in future posts. If you want a pop-culture reference, on the TV show Laverne and Shirley the character played by Penny Marshall drank them on the show and in real life. As a kid that was my first introduction to the combination of dairy and soda. 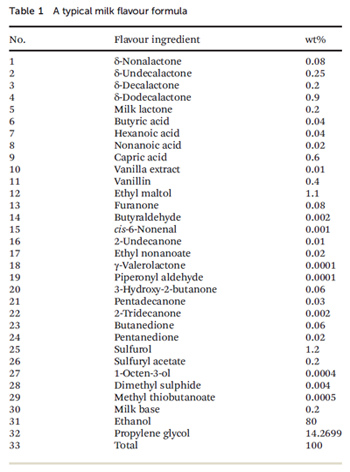 The flavour for the drink came from the soda, so a cinnamon cream soda was cinnamon soda with fresh cream or cream syrup. The cream added texture and additional sweetness. Real cream syrup, made from the juice of a cow, was a combination of cream, milk, sugar and egg whites. They used the milk to dissolve the sugar and then added the cream. The egg whites were used to give the syrup body. Without pasteurization and refrigeration, I can see why an imitation syrup became popular; it was far safer.

Cream has a flavour, and researches have done the analysis and identified the critical flavour compounds (Creation and imitation of a milk flavour.), but it is too difficult to reproduce on a small scale. However, you can buy imitation butter flavour, which you can buy at most grocery stores and will add some complexity to this cream product.

The fat content of this recipe is around 25%, so not quite heavy cream, but still substantial.

Out of curiosity, I decided to stir a spoonful of the Cream Syrup into a cup of hot coffee, it dissolves perfectly and makes a decent non-dairy substitute. If you are into the Bulletproof coffee trend, you can make the above recipe using coconut oil and reduce the sugar, but going to zero sugar probably won’t work as it helps keep the emulsion stable.

This recipe is just a starting point for this vegan-friendly cream syrup. Toying with the flavour compounds, you could probably make a decent vegan Irish Cream. If you need a starting point, here is a rum cream recipe I made many years ago, substitute the cream syrup recipe above for the milk products, Irish whiskey for the rum and voila, you have an animal-free Irish cream that doesn’t taste like coconut milk.

You could probably make a solid vegan sour cream using some vegetable-derived xanthum gum (or agar or methylcellulose) the almond oil and water emulsion with some Lactart for that lactic acid tang. Vegan sour cream is a project for a different day, though I hope this inspires you to do some experimentation.